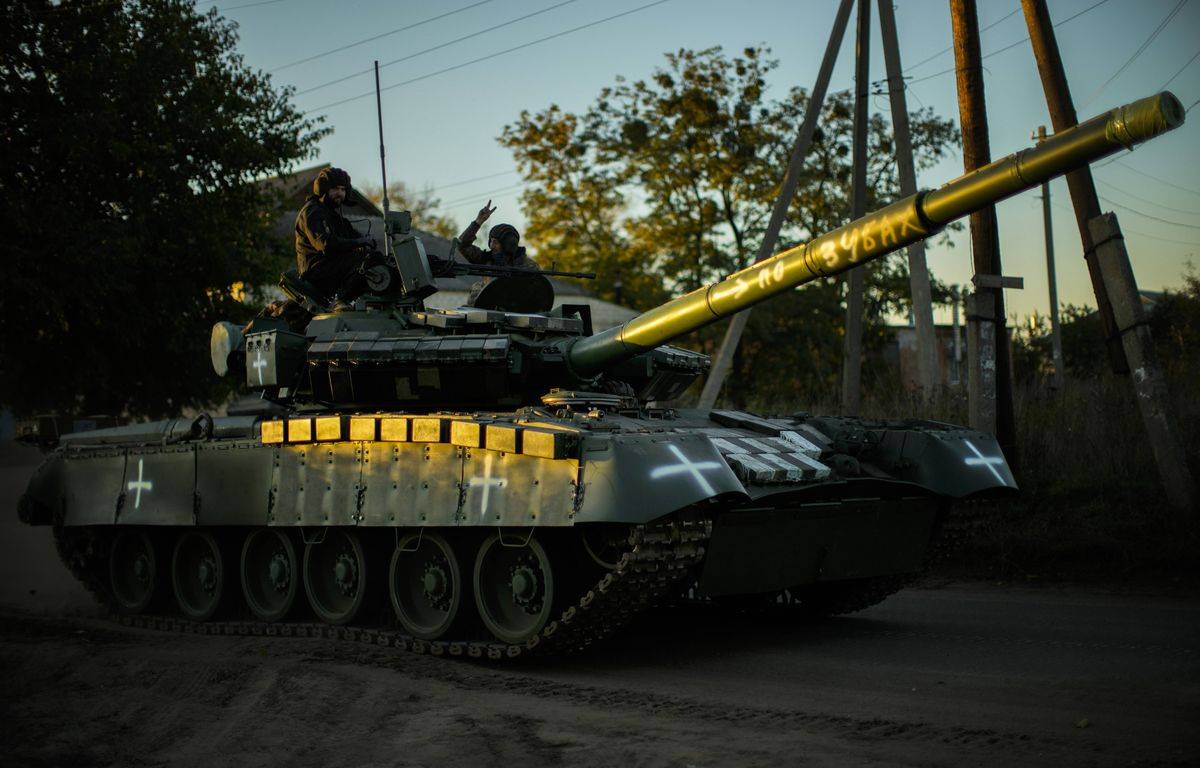 5:59 PM .: In Bagmouth, Ukraine, civilians under pressure from Russian advance

If they’re struggling on other fronts near Baghmouth in eastern Ukraine, Russian forces are making little headway, fighting since August to recapture the town where civilians can still live as long as they can. Rimma Tsykalenko, 65, was in a wheelchair when the bridge was blown up to repel the Russian attack.

Olexandre Valy, a 67-year-old retired factory worker, stopped to watch Rimma’s neighbors walking along the steep embankment near the Bagmoutka River. “She’s not going to make it!”, he begins. “We’ve done it before! One of the team members retaliates and holds the woman on a makeshift catwalk. The retiree, on the other hand, is not in danger. Smoke rises from shell fire south of the city and machine gunfire echoes from the east bank.

On the slightly safer west bank, dilapidated apartment buildings stand strewn with rubble and broken glass. Bombs whistle across the sky, sending passers-by scrambling for cover. Residents are struggling to carry water and food across the collapsed bridge. In the south, pro-Russian separatists fighting alongside Moscow’s forces said Friday morning they had captured three villages: Otradivka, Vesselaiaa Dolina and Zaïtsevé.