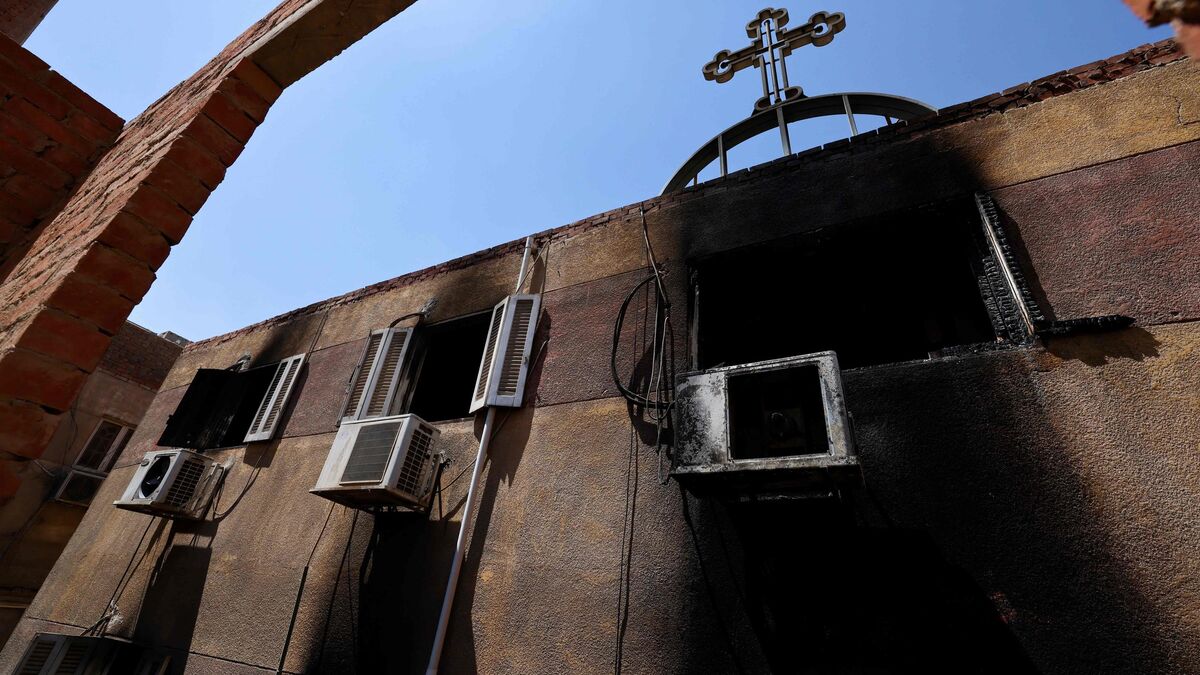 A fire at a church in a popular district of Cairo on Sunday killed 41 people, drawing grief from the Middle East’s largest Christian community of 10 to 15 people out of 103 million Egyptians.

Egyptian Coptic Church “41 people died and 14 were injured,” according to a statement posted on its Facebook account, citing “sources from the Ministry of Health”.

Officials say the cause of the fire is under investigation. It took place in the church of Abo Siffin in the popular district of Impaba, named after Saint Mercury of Caesarea, venerated by the Copts. “I have mobilized all government services to ensure that all measures are taken,” President Abdel Fattah al-Sisi immediately responded on his Facebook account. The prosecution announced that it had opened an investigation to establish the cause of the fire and sent a team to the site, while the Ministry of Health indicated that it had dispatched dozens of ambulances.

Al-Sisi announced that he “conveyed his condolences by telephone” to Coptic Pope Tawadros II, who has led the Christian community in Egypt since 2012.

In the sprawling metropolis of Cairo, where hundreds of thousands of Egyptians live in informal settlements, accidental fires are not uncommon. More generally, Egypt, with dilapidated and poorly maintained infrastructure, continues to experience deadly fires in its various provinces.

In March 2021, at least 20 people died in a fire at a textile factory in the eastern suburbs of Cairo. In 2020, two fires in hospitals claimed the lives of fourteen patients with Covid-19.

Although numerous, the Copts, who consider themselves excluded from many positions in the public service, have very restrictive laws on the construction of churches and are very liberal towards mosques.

The subject is sensitive and Coptic human rights activist Patrick Zaki was recently jailed for 22 months for “spreading false information” because of an article condemning the abuse of the rights of Christians in Egypt.

The guards have suffered reprisals from Islamists, particularly after Mr Sisi ousted Islamist President Mohamed Morsi in 2013, with churches, schools and homes set on fire. Sisi recently appointed a Coptic judge for the first time in history to head the Constitutional Court.