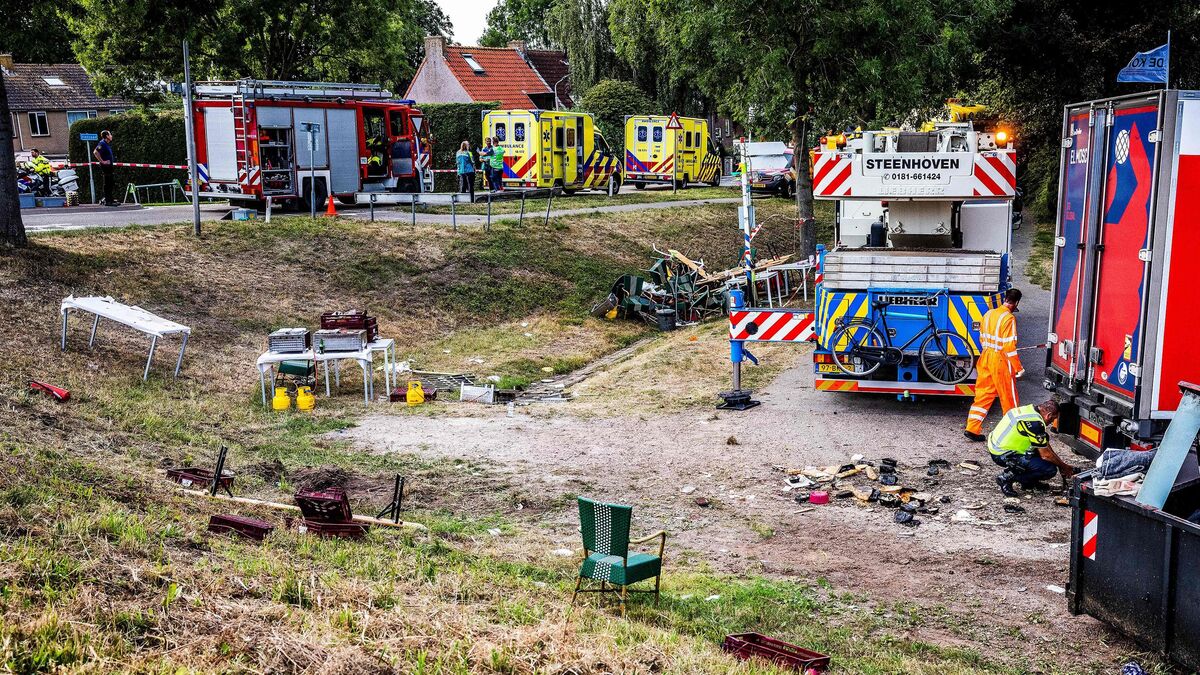 A heavy number. Six people died and seven were injured in Saturday’s accident A truck rammed into people dining near Rotterdam on Saturday. That’s according to a new report released this Sunday by Dutch police.

“After yesterday’s accident we now have six people killed and seven injured, one seriously,” said police spokesperson Mirjam Boers. Initial assessments of the crash on Saturday evening said at least two people died and several others were injured. One of them is in hospital in a critical condition.

The early-morning accident occurred when the Spanish-registered truck veered off a narrow road in the village of Nieuw-Beijerland, about 30 km south of Rotterdam. “A truck drove into a group of people attending a neighborhood barbecue,” Rotterdam police said on their Twitter account. The event was organized by a local skating team.

The driver was arrested

Citing witnesses, regional broadcaster Rijnmond said the truck stopped for a moment at the T-junction before it took off and headed towards the festive rally. Three of the victims were from the same family — a mother, son and eight-month-pregnant daughter-in-law — Rijnmond said, citing a statement from a local church.

Photos taken after the accident identified the truck as belonging to Spain-based El Mosca. The truck driver, who was not injured, was arrested and taken into custody, the radio reported NOS. Mirjam Boyers confirmed the driver was “not under the influence of alcohol”. Police are appealing for witnesses to help with the investigation.

Dutch Prime Minister Mark Rutte also expressed his condolences. “Terrible news…my thoughts are with the victims and loved ones of this terrible tragedy. I wish them strength,” he tweeted.