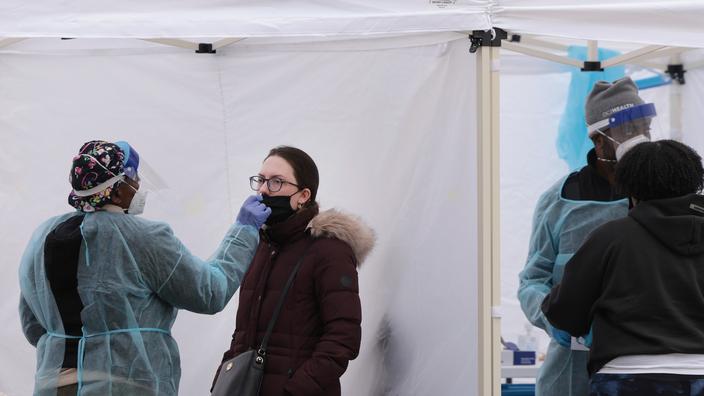 Europe, the current epicenter of the Covid-19 epidemic, has crossed the milestone of 100 million cases identified since the virus’s discovery in December 2019, or more than a third of the world’s total pollution, according to AFP figures arrested. Saturday evening.

Read moreWill the ‘tsunami’ of Govt-19 cases bring health systems to the brink of ‘collapse’?

The region is currently facing unprecedented levels of pollution: more than 4.9 million pollution has been recorded in the last seven days or 59% more than the previous week. Beginning with Denmark (events 2,045), Cyprus (1,969) and Ireland (1,964), all ten countries are in Europe, with the exception of micro-states with the highest number of events in the world. In total, the 100,074,753 pollutants identified across the European region (52 countries and territories from the Atlantic coast to Azerbaijan and Russia) account for more than a third of the world’s cases since the outbreak.

Read moreGovt-19: Is it true that 63% of hospital deaths are due to vaccinated people?

In France, more than a million cases have been diagnosed in the last seven days, or almost 10% of the total cases reported in the country since the outbreak began. Of the 52 countries and territories that make up the European region, 17 of them have recently broken the record for most cases detected in a week.

Acceleration of pollution is not currently accompanied by an increase in deaths on the European continent. The last seven days have seen an average of 3,413 daily deaths in Europe, down 7% from the previous week. The maximum was 5,735 deaths per day on the continent in January 2021, averaging 5,735.

European people are vaccinated slightly higher than the world average. 65% of Europeans are at least partially vaccinated, of which 61% are fully vaccinated, 58% and 49% of the world’s population, respectively, according to data compiled by the site. “Our world in data.