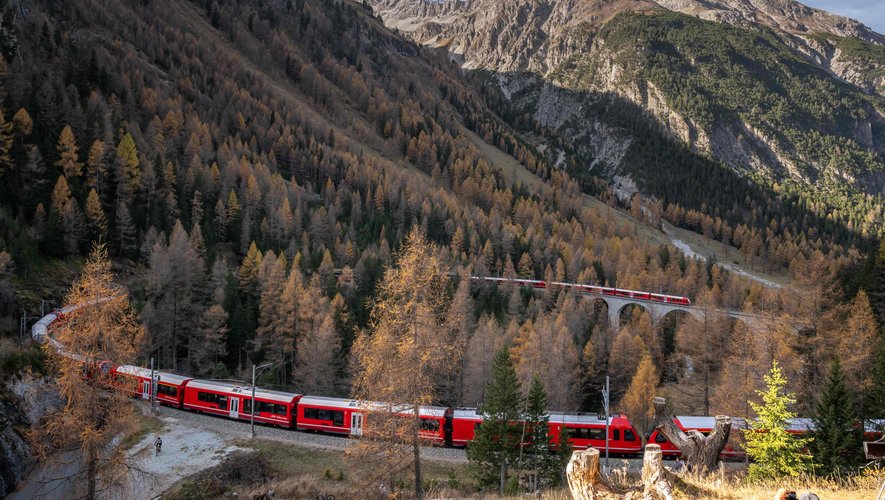 essential
The world’s longest railway opened this Saturday October 29 in the Swiss Alps. From its 1910 meter peak, it broke the previous record set in Belgium in 1990.

The world’s longest passenger train – an assembly of 100 coaches spanning nearly two kilometers – was built in the Swiss Alps on Saturday.

The Rhaetian Railway Company (RhB) has announced that it has broken the world record for the longest passenger train, marking the 175th anniversary of the Swiss railway system. The 1,910-meter train, made up of 25 assembled railcars, traveled 25 kilometers between Breda and Alvanieu in Graubünden province in under 45 minutes.

The train, with 150 passengers, traveled the Albula Railway, a UNESCO World Heritage Site, passing through 22 tunnels and crossing 48 bridges in this alpine region.