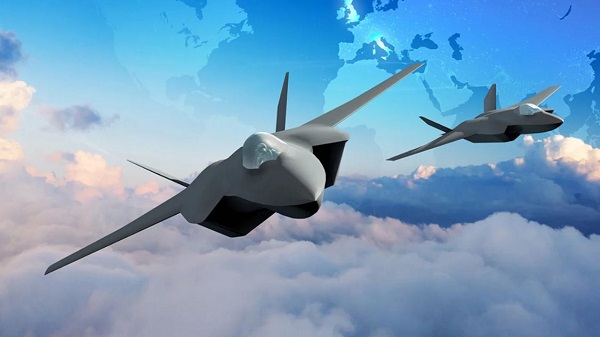 In recent years, many voices have called for the harmonization of the future air warfare system [SCAF]Led by France, Germany and Spain, with Tempest, a project launched by the United Kingdom and joined by Italy, Sweden is in an observer role.

“With a narrower export base than a single programme, it is far from certain that Europe will be able to afford two competing air combat systems in the future”, were indeed advanced senators Hélène Conway-Mouret and Ronan Le Clute. A report on SCAF, published in July 2020.

Former Representative General for Armaments [DGA], Joel Barre, has said on several occasions that there will be “synergy” between these two European projects. “We can go down different paths. I believe we will eventually unite,” said Luftwaffe chief General Ingo Gerhardts, too. And his Italian counterpart, General Luca Goretti, tended to predict a merger between SCAF and Tempest, investing “financial resources in two equal projects.” Believed the “unthinkable”.

At the same time, the United Kingdom approached Japan, which, for its part, began developing the F-3, a sixth-generation aircraft to replace the F-2, largely inspired by the F-16. From Lockheed Martin. For its plan, Tokyo said it was looking for partners…hence discussions about “technical” cooperation with London.

In December 2021, these culminated in the signing of a “Protocol of Cooperation” aimed at developing a “New Generation Fighter Engine Demonstrator”, with Rolls-Royce invited to work with Ishikawajima-Harima Heavy Industries. [IHI]. Then, a few weeks later, London and Tokyo announced another partnership, this time on the “Jaguar” electronic warfare suite, which would be common to the Tempest and F-3.

However, at the Farnborough Air Show last July, the British Ministry of Defense [MoD] Cooperation with Japan is going to be more ambitious… and indeed it will be.

Indeed, on December 9, the United Kingdom, Italy and Japan announced their desire to develop a “new generation fighter” within the framework of the “Global Combat Air Program”. [GCAP]. Clearly, the Tempest will join the F-3. PAE Systems, Leonardo and Mitsubishi Heavy Industries will play key roles.

“The next phase of the project is to partner with Italy and Japan, and the U.K […] As well as sharing the costs, the Royal Air Force will also ensure [RAF] Interoperable with our close partners. The program is expected to create high-skilled jobs in all three countries, strengthen our industrial base and spur innovation with benefits beyond purely military use. argued British Government.

“We are committed to preserving a free, open and rules-based international order, and at a time when these principles are being challenged and threats and attacks are on the rise, this is more important than ever, countries have now explained. Partners, in a joint press release. “Our Democracy, Economy and Security And given the critical importance of safeguarding regional stability, we need a strong defense and security partnership, reinforced and reinforced by credible deterrence,” they added.

In addition, this new generation of fighter aircraft will be at the center of a “system of systems” combining “drones, advanced sensors and advanced weapons,” specifically implemented by the “States-United and NATO” to be “interoperable.” “, as well as by other “partners” in Europe and the Indo-Pacific.

However, the details of this unprecedented alliance were not mentioned, except that a development phase will begin in 2025, with the aim of flying this new fighter by 2035. In addition, the GCAP program is open to other countries to join. Like Sweden, for example. Or even… America.

Actually, a Joint Statement Along with the Japanese Ministry of Defense, the Pentagon emphasized that the United States “supports Japan’s defense and security cooperation with like-minded allies and partners, including the United Kingdom and Italy, to develop its next fighter jet.” To add: “Together, we have begun an important cooperation through continuous discussions on the capabilities of autonomous systems, which can complement the next Japanese war program in other platforms. In this context, both parties have agreed to begin concrete cooperation in the next year.