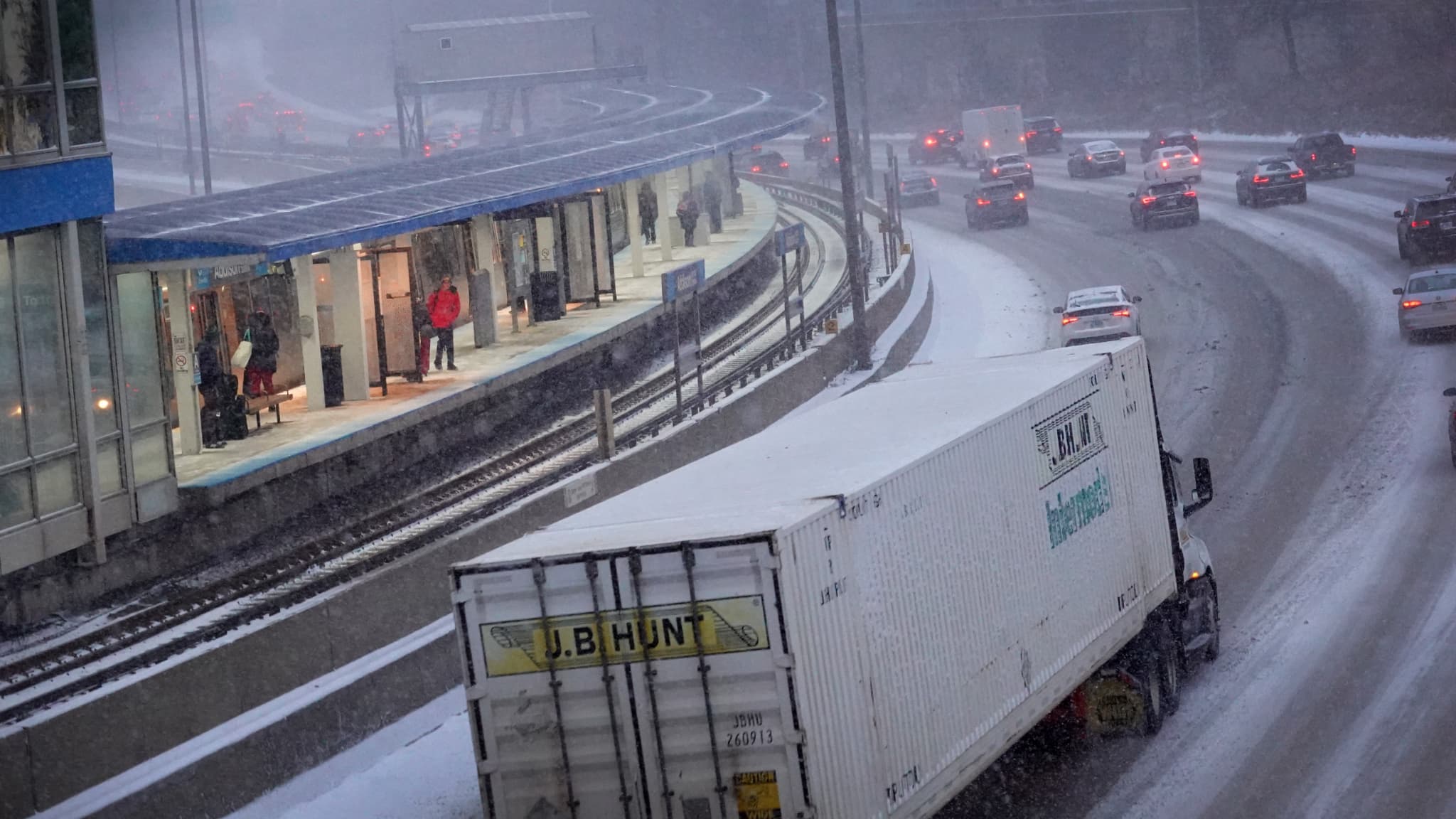 Temperatures as low as -55°C are causing significant disruption in some US states this holiday weekend.

“Leave now!” The advice comes from Joe Biden. With the first effects of a polar storm already being felt across much of the United States, the US president on Thursday urged Americans who need to travel for the Christmas holiday to do so as soon as possible.

“I don’t know if your boss will let you, but if you have any travel plans, leave now. This is no joke, I ask my employees if they have any plans to leave tomorrow, and I tell them ‘Go now. !’.”

“Once in a Generation”

Millions of Americans are expected to hit the roads and airports for the holiday season. They are going to face major setbacks due to the freezing temperatures and heavy snowfall that have started hitting the country.

The weather will worsen this weekend. A frost front in the United States should strengthen by Friday and continue through the Christmas weekend. Its power prompted the NWS agency in Buffalo, New York to call it a “once-in-a-generation storm.” The Midwest and Great Lakes regions will be especially vulnerable to snowstorms this weekend. The Great Plains region is expected to experience temperatures as low as -55 degrees Celsius.

Thousands of flights were cancelled

Several states, including New York, Oklahoma, Kentucky, Georgia and North Carolina, have declared states of emergency. Americans will shiver as far south as Texas. Roads across the country were already covered in snow and several accidents were reported by the media due to the blizzard blocking visibility.

More than 5,500 flights were canceled and 24,000 were delayed Thursday, according to flight tracking site FlightAware. Chicago and Denver airports were particularly hard hit. According to officials, the snow and wind will cause blizzards in some places, making any movement “dangerous or at times impossible”.