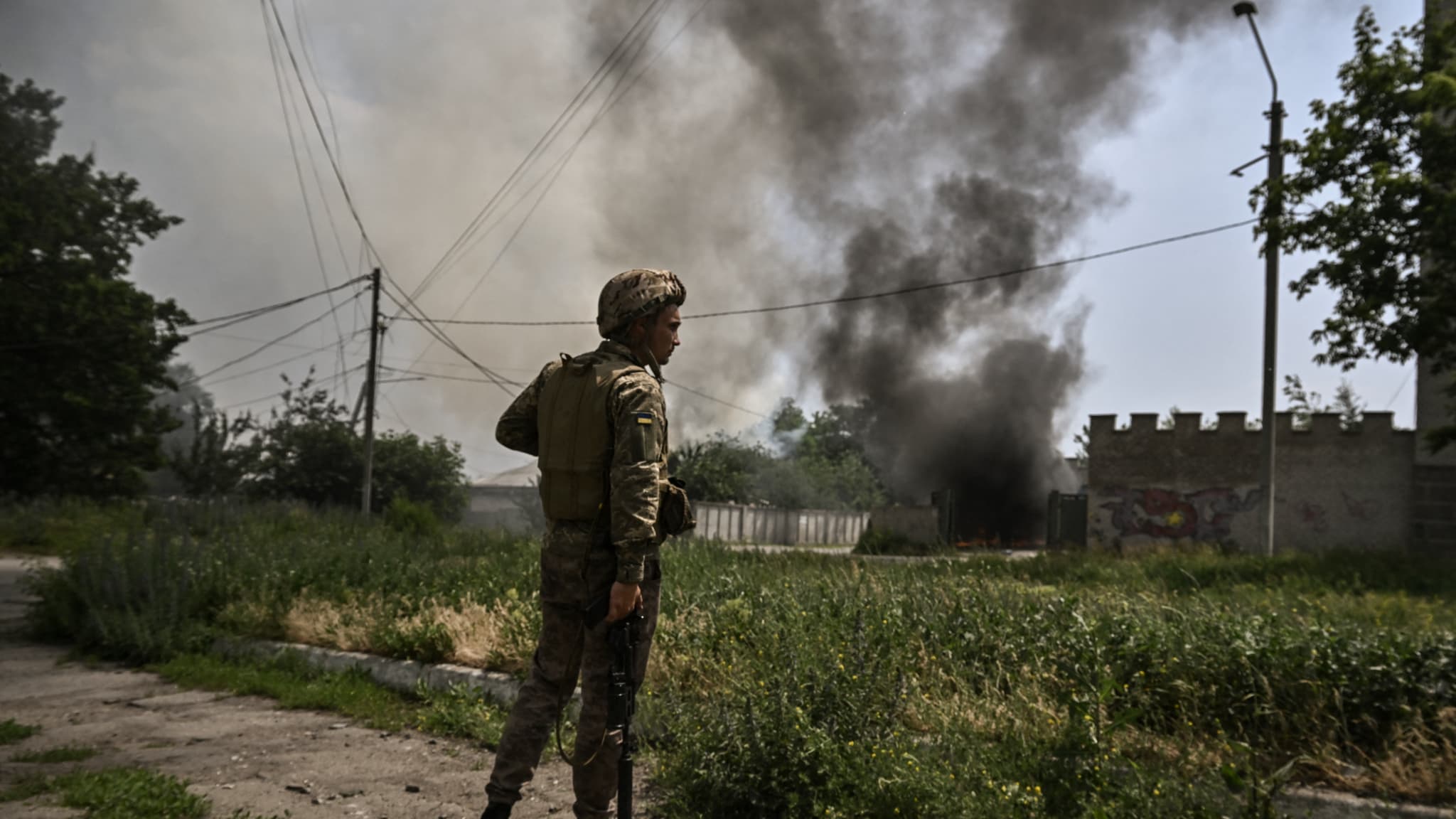 The Russians continue to advance in Ukraine and now aim to capture two new cities: Sloviansk and Kramatorsk.

Conflicts continue in the east. More than four months of war between Russia and Ukraine, and no diplomatic resolution in sight. Moscow is isolated on the international stage, where Volodymyr Zelensky continues to voice calls for new sanctions. The Russian military is still on Ukrainian soil and intends to establish its dominance in Luhansk before seizing Donetsk Oblast.

The Ukrainian army confirmed last Sunday that it was withdrawing from the strategic city of Lisitsansk in eastern Ukraine, which Moscow said it had captured hours earlier. The Russian military now claims to control the entire Lugansk region.

The new move allows Moscow to move forward with plans to seize all of the Donbass, an industrial basin in eastern Ukraine that has been partially controlled by pro-Russian separatists since 2014.

The Russian army could advance towards the two major cities of Sloviansk and Kramatorsk, though located further west. Russian President Vladimir Putin has ordered his forces to continue their offensive in Ukraine and “carry out their operations in accordance with already approved plans”.

So the Russian army advances and captures many cities, but, at the same time, retreats in some places. This is especially so on the strategically-held Snake Island in the Black Sea, captured by Moscow, which has been under Ukrainian bombardment in recent weeks.

The tiny island became a symbol of the Russian attack from the first day, when a member of the small Ukrainian garrison guarding it demanded the surrender of a Russian ship to “fuck it”. before finally surrendering. The island continues to be targeted by Ukrainian drone and missile attacks. Should this be considered a defeat for the Russian military? Not if we’re to believe the Russian Defense Ministry explains that “the Russian Armed Forces have fulfilled their stated objectives” on the island.

See also  Omigron: What is this new symptom that affects patients at night?

Moscow is actually far from backing down. Especially with the many bombings that have taken place in recent days, bringing many victims. At least 21 people were killed in attacks on buildings in the Odessa region. Sloviansk, one of Moscow’s new targets, has also come under shelling in recent days. A direct consequence of these strikes: the evacuation of the city is now underway.

• For Macron, “Russia must not win”

Emmanuel Macron, who was in Germany for the G7 summit, said “Russia must not win” in Ukraine, “because it would directly threaten our own security”.

Against the background of an unprecedented diplomatic crisis caused by the Ukrainian conflict, an “iron curtain” is falling between Russia and the West, the head of Russian diplomacy, Sergei Lavrov, said.

According to Sergey Lavrov, the EU “is not interested in understanding Russian interests” and its decisions are dictated by “Washington”. The minister ruled that the recent NATO summit had demonstrated that the US wanted to “submit all states to their will”.

Prime Minister Denis Simikal estimated the cost of rebuilding Ukraine at least $750 billion. “Who is going to pay for the reconstruction project, which is already estimated at 750 billion dollars?” asked the officer. Before answering that, the “main source” of funding is seizing the assets of Russia and Russian oligarchs. Moscow.

Ukrainian President Volodymyr Zelensky considered the reconstruction of the country “the common task of the entire democratic world” and “the most important contribution to world peace.”