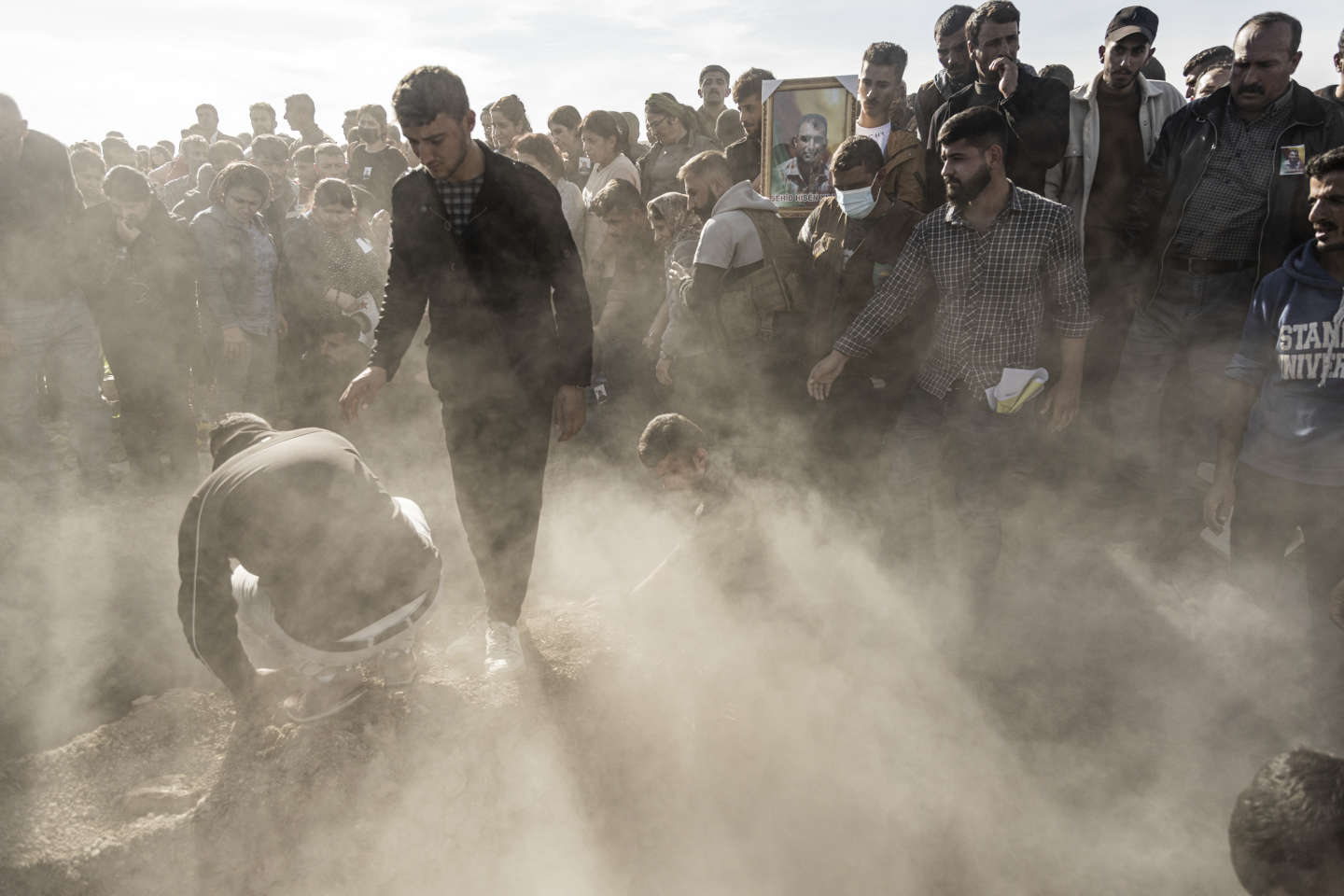 Washington and Moscow called on Ankara to rein in on Tuesday, November 22, after fresh threats from Turkish President Recep Tayyip Erdogan. “soon” Ground Operation Against Kurdish Militants in Northern Syria

The Turkish president has been threatening a new offensive in the region since May; attack Six people died and eighty-one were injured in Istanbul on November 13, which could speed things up. Ankara blamed fighters from the Kurdistan Workers’ Party (PKK) and the People’s Protection Units (YPG). “We responded to this horrific attack that claimed the lives of six innocent people, including children, by destroying terrorist organizations in Iraq and northern Syria. (…). We flew over the terrorists for a few days with our planes and our drones. God willing, we will eliminate them soon with our soldiers, guns and tanks.”The head of state began on Tuesday during a visit to the northeastern region of Turkey.

On Sunday, the Turkish Air Force launched Operation “Sword Claw”, a series of airstrikes against eighty-nine PKK and YPG positions in northern Iraq and Syria, resulting in the deaths of around 40 people in Syria, the Syrian Observatory for Human Rights (OSDH) said. On Tuesday, a Turkish drone bombed a joint base of Kurdish forces and the US-led international coalition to fight Islamic State jihadists 25 kilometers north of Hasakeh in northeastern Syria, a Kurdish spokesman said in an interview. Agence France-Presse. Two Kurdish fighters were killed, according to their staff and the OSDH.

Read more Who are the Kurdish forces in Turkey-bombed Syria?

Turkish President Promised, Monday, That he is not “no way” The operation launched by the Turkish Air Force has been limited to an aerial dimension. At the same time, rockets fired from Syria killed a child and a young teacher in the Turkish town of Karkamis on the Syrian border. The Turkish president’s repeated threats worry Washington and Moscow, which are at war in Syria. The YPG benefits from Washington’s support in its fight against jihadists, while Russia militarily backs Syrian forces.

“We call for de-escalation in Syria to protect civilians and support the common goal of defeating ISIS.”State Department spokesman Ned Price made the plea Monday evening. “We continue to oppose any concerted military action in Iraq that violates sovereignty. [du pays] »He added in a press release.

The Kremlin urged Ankara to be cautious “Excessive use of force” In Syria. “We understand Turkey’s concerns about its own security (…). But, at the same time, we urge all parties to refrain from any attempt that could lead to serious disruption of the overall situation.Dmitry Peskov, spokesman for the Russian president, said.

On Monday, Berlin and Paris called on Ankara to act in a way “Proportionate” And “Show more restraint”. In response, Turkey on Tuesday called on its allies, led by the United States. “Stop all support” YPG is considered a terrorist movement. “We assure all our interlocutors, especially the US, that the YPG is equal to the PKK, and we demand that they forcefully end all support for the terrorists.”Turkish Defense Minister Hulusi Akar said on Tuesday.

read more: The article is reserved for our subscribers Turkey’s War in Northern Syria

Between 2016 and 2019, Turkey launched three major operations against Kurdish militias and organizations in northern Syria. Ankara reiterates that he wants to create a “Safe Area” 30 kilometers wide at its southern boundary. “As the presidential and legislative elections approach, the conditions are being met for an especially aggressive offensive against the PKK and the YPG” By June 2023, independent analyst Anthony Skinner estimates that Mr. Erdoğan recalls already used. “Security Card” Ahead of previous elections.