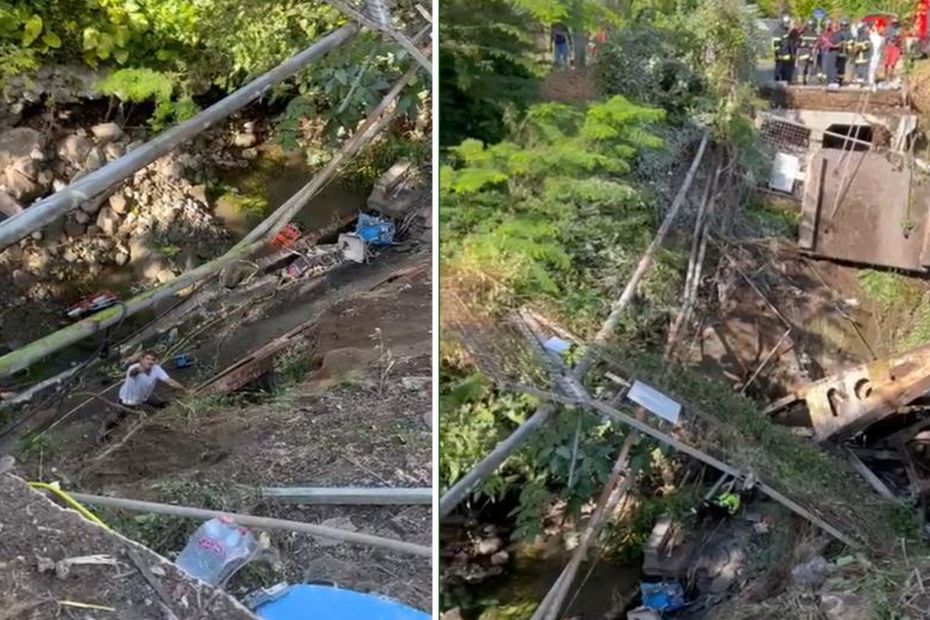 The structure collapsed on Wednesday while work was underway on the former military bridge of Saint-Phy between Basse-Terre and Saint-Claude. Firefighters identified four injured among the workers.

The old military bridge in the Saint Phy department, connecting Basse-Terre to Saint-Claude, collapsed this Wednesday afternoon (December 7, 2022).
Behind the old fire station, construction was underway.

According to an ad hoc report, the Departmental Fire and Rescue Service (SDIS) informs us that four workers were injured. At this time, we do not know their condition, but they are doing well.living“, it is mentioned.

The work of the fire brigade is going on with the help of the fire brigade Emergency Medical Assistance Service (SAMU) and National Police.
Headmaster Tristan Riquelme and the mayors of Saint-Claude and Basse-Terre, Lucie Vec-Mirre and André Atala, are on site.

Here are the first pictures of the crash:

Saint-Phy: Collapse of the Bridge

Saint-Phy Bridge Collapse: Significant rescue resources have been deployed at the site

Saint-Phy Bridge Collapse: Significant rescue resources have been deployed at the site

See also  "More than 5,000" civilians were evacuated "every day" from the Kherson region