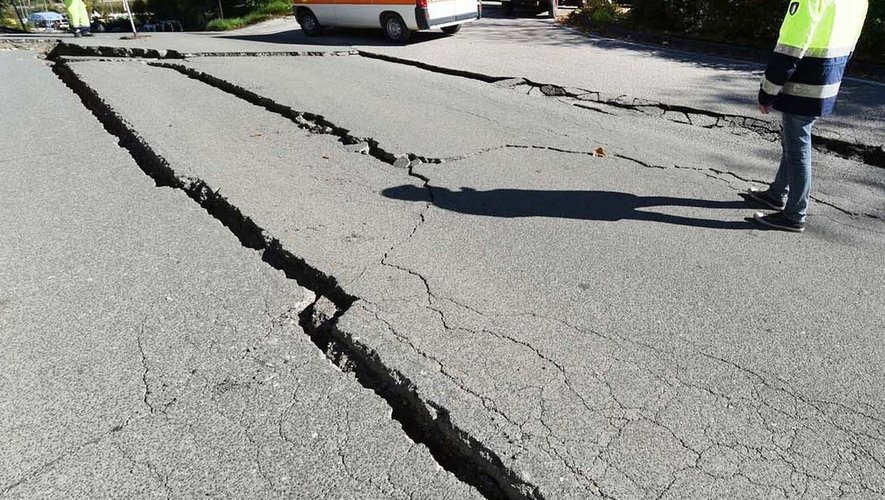 Seismic activity from California to Mexico has been intense in recent days.

In recent days, the damage has been minimal, though it has caused a total of three deaths.

But the September 19, 2022 earthquake had an unprecedented effect by triggering a tsunami in a cave in Death Valley, America, nearly 3,000 kilometers away.

At the time of the earthquake, National Park Service officials were conducting research at Devil’s Hole in Death Valley, California, when they “saw” the effects of the Mexico earthquake. Devil’s Hole is a water-filled cave carved into the side of a mountain more than 150 meters deep.

“Within five minutes, the normally calm water started moving slowly and quickly turned into waves several feet high,” Death Valley National Park said in a Facebook post, along with a video showing what it called a “tsunami in the desert.”

For these witnesses, the Devil’s Hole is an “extraordinary indicator” of seismic activity in the world, with large earthquakes in Japan, Indonesia and Chile, each time, having a more or less significant impact on its surface. Water in the cave.

25 earthquakes in Salton Sea in 24 hours

Seismic activity also questions the heart of California. The Salton Sea itself is shaking these days. Located 200 km east of San Diego, a large inland salt lake. The lake is below sea level and is unique because it crosses two tectonic plates.

This Wednesday, geologists recorded a flurry of earthquakes within hours, the Sacramento Bee reported. A total of 25 low-magnitude earthquakes struck the area in 24 hours, one of which was a magnitude 3.5. Local people don’t feel these earthquakes, but seismic news in recent days reminds us of the extent to which the sector is subject to the movements of tectonic plates.

Afraid of “the big one”?

What raises the fear of this massively destructive earthquake that has haunted California for years? Knowing that a major earthquake occurs in California about once every 150 years, and the last time a magnitude 7.8 near San Francisco occurred in 1906, people are preparing for it anyway. He claimed at least 3,000 victims.

“Big” doesn’t exist these days, but every Californian knows we’re getting closer every day.