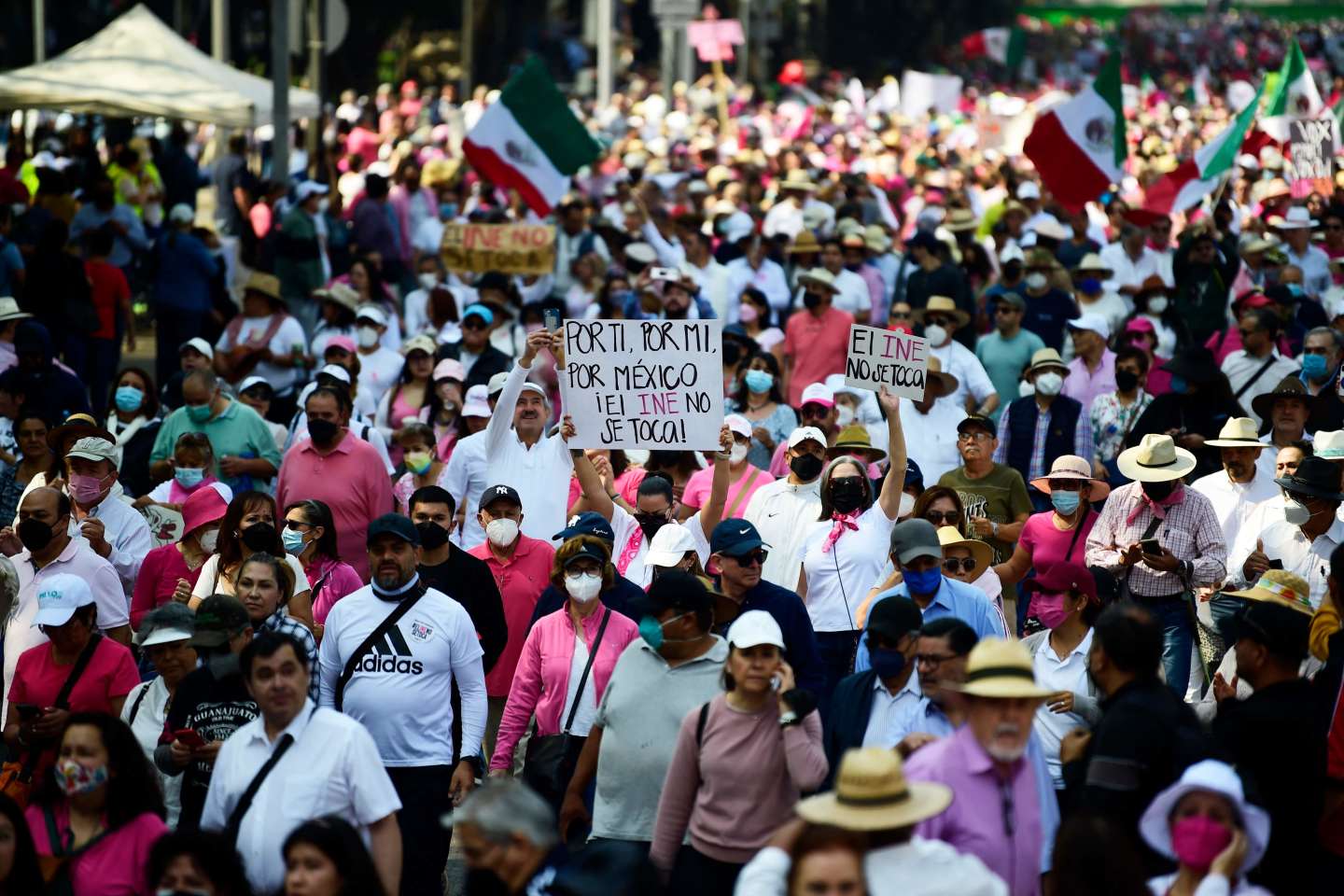 On Sunday, November 13, a human wave flooded Mexico City’s Central Avenue. Tens of thousands of demonstrators literally took to the streets against the electoral reform plan of leftist President Andres Manuel Lopez Obrador (AMLO). This is the biggest anti-incumbency rally in the last four years.

Demonstrators swept Paseo de la Reforma to reject a reform plan that threatens the independence of the National Electoral Institute (INE), which has been in charge of organizing elections since its creation in October 1990.

Among them are former president Vicente Fox (2000–2006) and parliamentarian Santiago Creel, who held the rotating presidency of the chamber for one year, both members of the right-wing opposition National Action Party (PAN).

Reduction in the number of Members of Parliament

Current President “All elections should again depend on the government, which wants to manipulate them and stay in power.”, accused Ms. Aberle, 53, who came to the demonstration with her husband. During the march, the protestors wore INE colored pink t-shirts.

After nearly four years in office, President López Obrador still believes the INE covered up electoral fraud during two previous elections, in 2006 and 2012, which he lost. The reform he advocates envisages the election of members of the INE’s board of directors by popular vote, i.e. through the intermediary of the electorate at large.

But that’s not all. It also cuts subsidies to political parties and drastically reduces the number of members of Parliament. The number of seats for federal representatives will increase from 500 to 300 while the seats for senators will decrease from 128 to 96.

See also  In the Italian Alps, a block of glacier breaks off, killing five people

During the parade, a sign announced: “I am not corrupt, classist, racist, hypocrite”, López Obrador was referring to the adjectives he used last week to disqualify opponents of the reform.

But for Francisco Videla, a 50-year-old businessman who came to protest with family and friends on Sunday, “It is not against the present government but against any government that wants to control elections today or tomorrow”he told Agence France-Presse.

Mr. López Obrador was elected in 2018 for a single six-year term that ends in 2024, the date of the next presidential election. His party, the National Renaissance Movement (Morena) and its allies currently dominate both chambers.

read more: The article is reserved for our subscribers In Mexico, “AMLO’s” anti-corruption war threatens its predecessor