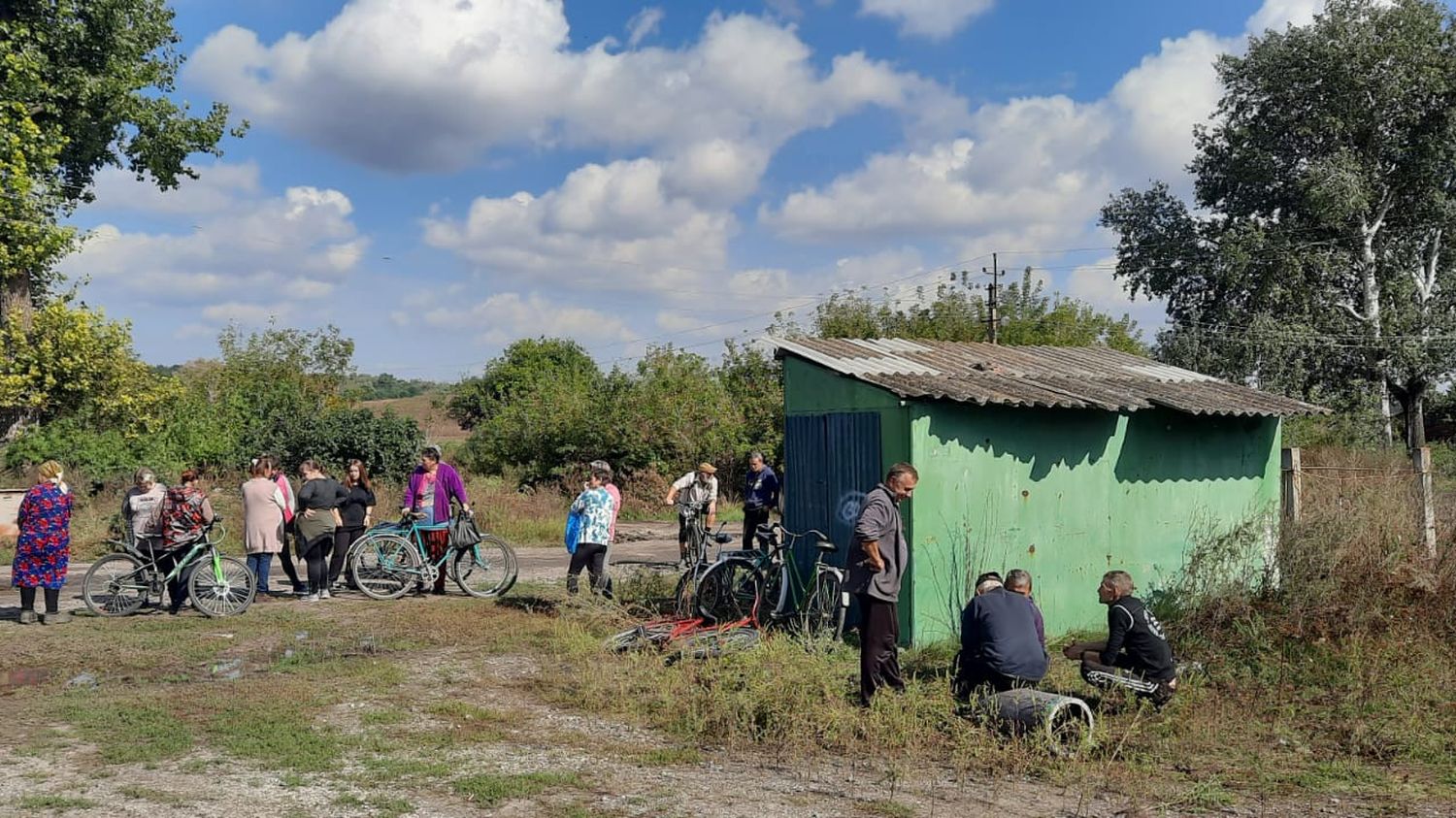 These small villages in eastern Ukraine, north of Kharkiv, lived under Russian occupation for five months. Now, thousands of these people have been freed by the counterattack of the Ukrainian army, so they can tell their story.

>> “They told me they wouldn’t let her go”: Testimony of Ukrainian mother without news of daughter who went to summer camp in Russia

The freedom found in the village of Stansya can be summed up in this: a discussion among neighbors in the courtyards in front of the small red brick houses, taking time to enjoy the September sun, finally coming out of these five months of darkness. Russian occupation. “At 5 p.m., the curfew started. No going out of the house, no lights onMarina says. Total darkness! They opened fire without warning when they saw a small lamp in the window.

According to Marina, one evening in March, a few streets away, these Russian soldiers did just that: “They entered a lighted house and shot a man and a woman because the night lamp or candle was lit.”

Two women chat in the courtyard of their house in the village of Stansia in eastern Ukraine, which was recently liberated by the Ukrainian army. (Eric Audra / France Info)

Thus, people lived in darkness, without gas, without electricity, and always in fear. “During the day, we might go out into the yard, and we’d have to rush to feed the chickens and dogs, and get home quickly.says Valentina, Marina’s neighbor. There were bombings every day.”

“We lived in fear, full of fear and deep in fear”

Marina, a resident of Stansya

The two neighbors go to the end of the yard, behind the vegetable garden, because of which the people were able to feed themselves. There is a small factory, a grain silo and, above, an observation post. “Here’s the gatehouse. They were up there. The soldiers were watching usValentina explains. We were continuously monitoring,” he said. Citizens were also cut off from the world: apart from the Russian propaganda newspaper distributed to the public, there was no way to get information. Her Name: Kharkiv Z.

In a nearby village Francinfo collected the testimony of Nova Hinilitzia, a woman who was sexually assaulted by a Russian soldier during the occupation. In the yard of Natalia’s small house, today, there is only one dog that barks when strangers invite her and her brother to her house. A second dog was killed by pro-Russian separatists during the occupation in June. They suspected Natalia of being a Ukrainian spy. She is sure that she was reprimanded by her neighbor Nina.

A month after this episode with the dog, Natalia was attacked by the Russians. On the evening of July 24, the leader of the separatists in the village entered Natalia’s court. His name is Oleksandr, his nickname is “Old”. “He told me ‘I want you, you’re like this, you’re like that.’Natalia testifies. I replied that I am not a prostitute. “If you refuse me, I will tear your head off,” he told me. So what should I do… He had a Kalashnikov and grenades. I gave. He undressed me, he put me on my knees and I had to fulfill all his desires, that day I wanted to commit suicide. 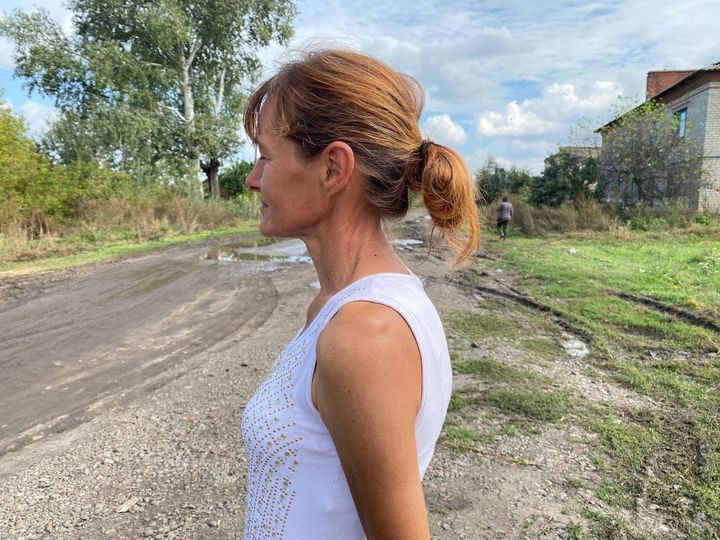 On July 24, 2022, Natalia accused the Russian soldier of raping her. (Boris Lumagne/Radio France)

It is thanks to her daughter that Natalia did not end her life. Her daughter advised her to file a complaint with the Russian authorities, but “The Old Man” who assaulted her was unconcerned. He stayed in the village opposite Natalia because he was the opposite neighbor. He moved in with Nina as a second wife, a neighbor – Nina lives with her son, thirty-year-old Valera. During the Russian occupation, these three gained omnipotence here. But all that is over.

On the day the Russians left, Natalia went to see Nina, who told her: “Your power is over. Mine is just beginning. Hold on.” Today Nina and her son are shaving the walls. Natalia and her brother Vitaly have only one thing in mind: revenge. “If I could, if I had a gun, I would break his legs first, then shoot him and his whole family”, Vitaly explains. Natalia has only one obsession: “Punish! Traitors to the motherland must be punished! Forgive them? No, I will never forgive… never!” Here, some pro-Russian people wanted to leave the region to cross the border. Coexistence is impossible, there are things that cannot be forgotten.