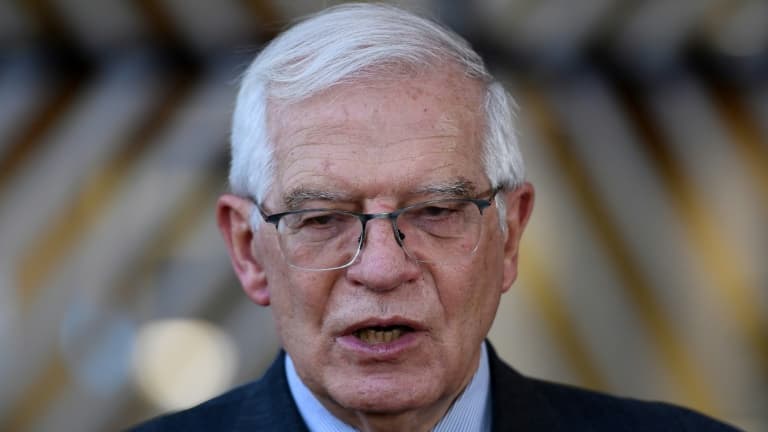 In front of the College of Europe in Bruges, European diplomatic chief Joseph Borella recalled that Ukraine’s supporters, like Russia, were “not brown”.

Any nuclear attack by Russia against Ukraine would lead to a military response from the West, as “the Russian military is powerful enough to be destroyed,” the head of European diplomacy, Joseph Borrell, said on Thursday.

Russian President Vladimir Putin says he “doesn’t downplay the nuclear threat. He needs to understand that Ukraine, the European Union and its member states, the United States and NATO, are not stupid either. A nuclear attack on Ukraine would lead to a response, not nuclear retaliation, but the destruction of the Russian military.” A powerful military response,” he said at the College of Europe in Bruges.

A change in the nature of conflict

“If Russia uses a nuclear weapon, whatever it is, against Ukraine, it will have serious consequences,” NATO Secretary General Jens Stoltenberg underlined at the end of a meeting of the alliance’s defense ministers attended by Joseph Borrell.

“Russia knows this (…) We won’t go into the details of our response, but of course it will fundamentally change the nature of the conflict,” Jens Stoltenberg said.

“Any use of nuclear weapons, even a small one, will have consequences, and Russia knows that,” he said.

But “the circumstances under which NATO would have to use nuclear weapons are very remote,” noted NATO’s Secretary General.

“One thing is an attack on NATO allies. In that case, Article 5 would certainly be triggered. But as far as Ukraine is concerned, NATO is not a party to the conflict,” he explained. He implicitly rejected allies. They are resorting to nuclear weapons for their answer.

“NATO’s nuclear deterrent is intended to deter any attack against allies,” he stressed.

“We have very, very good information.”

Moscow’s threats are taken very seriously by members of the Atlantic alliance. “They are very dangerous and reckless,” warned US Defense Secretary Lloyd Austin. “We have no indication that Russia has changed its nuclear posture, but we are monitoring it 24/7,” he said.

Dmitry Medvedev, the former president of the Russian Security Council and number Duma, promised that Moscow would defend the newly annexed territories “including strategic nuclear weapons”.

“We must take this rhetoric from Russia seriously, but we must not panic,” declared a European NATO official, noting that the annexed areas had already been captured by the Ukrainian military “without the worst possible scenario.”