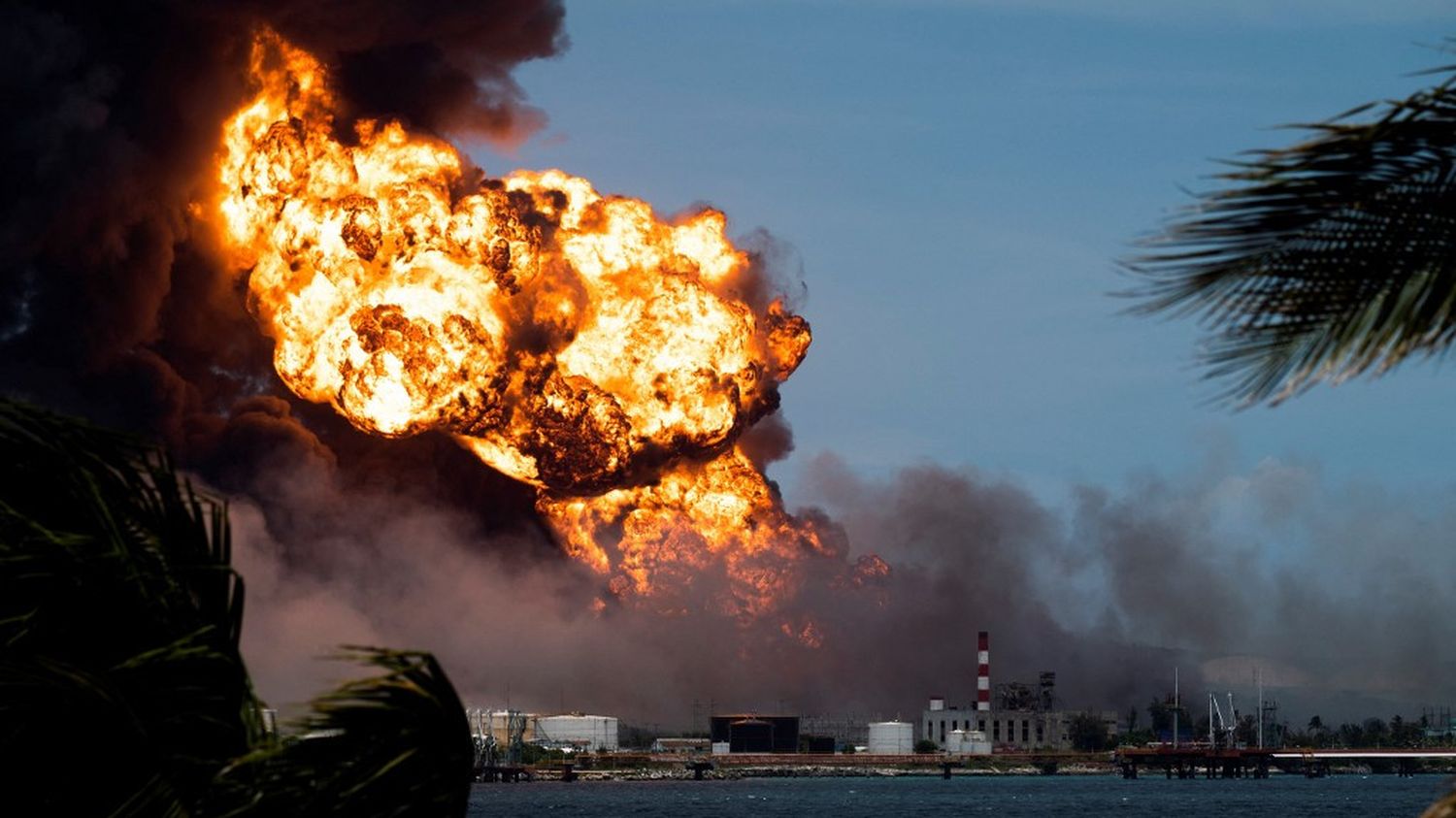 One firefighter was killed and 14 others are missing in the blaze, which has been burning for nearly five days.

A fire at an oil depot in Cuba was still not under control on Monday, August 8. Officials said the fire destroyed a third tank and threatened a fourth tank. An official of the Cuban Fire Department explained this “Four Reservoirs” 50 million liters each “Reconciled”. “It’s a chain reaction.”He declared.

The disaster began on the evening of Friday, August 5, when lightning struck one of the depot’s eight reservoirs, located in Matanzas, 100 kilometers east of Havana. The reservoir holds 26,000 cubic meters of crude oil or 50% of its maximum capacity. The flaming, cylindrical structure exploded on Saturday morning, spreading fire to a second tank containing 52,000 cubic meters of fuel oil.

The situation is there “too complicated” With fire zone “enough”, which now extends to four reservoirs, Matanzas governor noted. One firefighter was killed and 14 were missing. 22 people are still in hospital, 5 of them are in critical condition. Several countries in the Americas, including Mexico and Venezuela, have offered their help to Cuba to fight the fires.

See also  President Zelensky has called for the evacuation of the Donetsk region, the main theater of fighting in the east of the country.