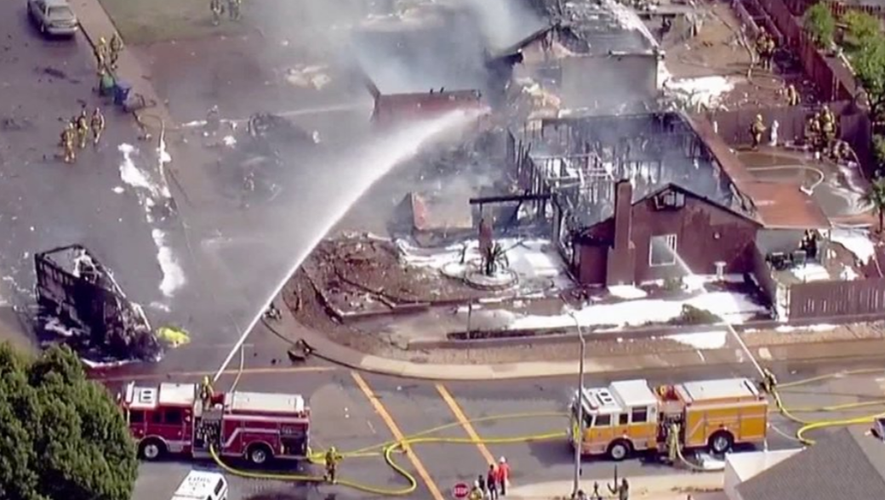 Authorities say at least two people, including a UPS employee, were killed when a small plane crashed Monday in southern California and set several homes on fire.

The plane crashed in a residential area in Sandy, near San Diego, on Monday afternoon, local officials said. The accident happened a few hundred meters away from a high school. Following the violent impact, a fire broke out and several houses and other vehicles were severely damaged.

In the video posted on Twitter, residents can be seen rescuing a neighbor who was caught in the fire of his burning house.

According to the final report, two people were killed and two others were injured in the crash.

A UPS delivery truck was damaged in the crash. The logistics company confirmed the death of an employee in a statement.