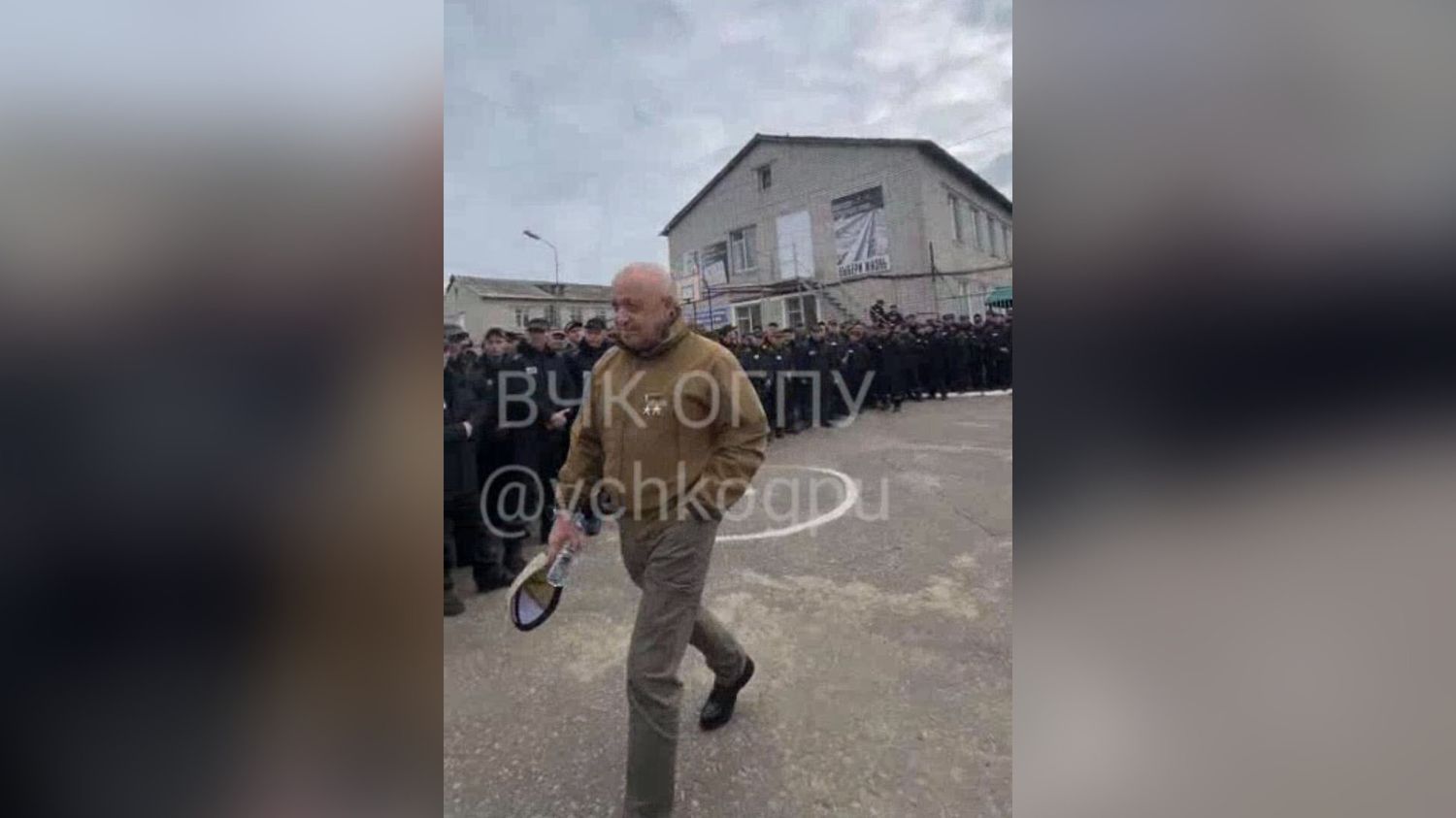 In the middle of the prison yard, Evguéni Prigojine talks to dozens of prisoners in uniform. “I am a representative of Wagner Group, a private military company”, he said. And he laid down some rules. “The first sin is flight, and no one can be taken captive. No one retreats, no one surrenders. Once you are trained, you will be told how to behave. You will be told about the two grenades you should have if you are caught.” Minimum age for recruitment is 22 years. Maximum age is 50 years. “But if you’re strong, we’ll do a test. Good physical condition is essential.”

PMC Wagner Group Evgeny Prigozhin is in a penal colony looking for new assault infantry to join his company. It refers to some of those who died in the war after serving 30 years in prison as “heroes”. pic.twitter.com/Gp3IOVHuAq

Wagner’s recruitment methods in Russian prisons were already known, but this was the first time a video showed the head of a paramilitary group directly. The video was shot in a penal colony 800 km from Moscow Posted on Telegram Network Wednesday, September 14 by the enemy Alexeï Navalny and relatives Broadcast to others by independent media The Insider.

In the film, Evguéni Prigojine continues. “No alcohol, no drugs. No looting, including sexual contact with local women…or flora, fauna, men or anything.” Prigogine It then explains that 40 are ex-prisoners SSt. Petersburg has already fought alongside him in the Donetsk region last June. “They entered the enemy trenches and massacred them with knives. Three were killed and seven were wounded. One of them was 52 years old and died a warrior.”

Prigozhin warns: “We pay particular attention to drug-trafficking offenders, especially if they’re addicted, and if there’s any suspicion, you’re put through a lie detector test to determine if you’re stable. We are also very careful about people who are serving sentences for sexual abuse. But we know we can make mistakes.”

Duration of missions: Six months, after which ex-prisoners return home and are pardoned. “For others, people who have done wrong once in Ukraine are recognized as deserters. In this case, you are sent to the firing squad.” The prisoners have five minutes to make a decision. “There are only two other people who can get you out of this penal colony. Wagner concludes: Allah and God. It will be in a wooden box with them and I will get you out of here alive. But you definitely won’t stay.”