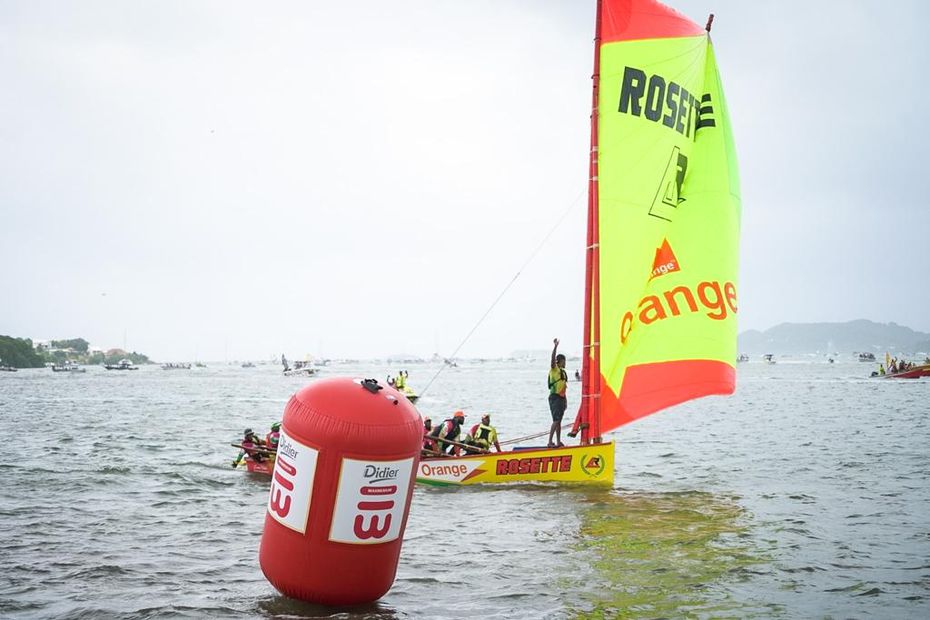 The first stage of the Tour de Martinique of Round Skiffs was won by the Rosette / Orange Caribbean Skiff crew in Robert Bay. Rosette leads the general classification.

Skiffs Rosette / Orange Carabi and Sarah / Auto Distribution got off to a great start as they departed Walklin at 10.05am. On the other hand, Ufr / Chanflor is blocked by a competitor and admits a relatively large delay compared to the two leading skiffs.

As they crossed the first float, Rosette Orange was leading Caribe Sara / Auto Distribution and Ufr / Sanflor in 3rd place, who had dropped out of the peloton.

All three presented themselves in the same order as they passed the second float on the Islet Madame.

After 1h 57 of the race, the third float does not change the classification, the three skiffs form with the usual wind, but they gradually weaken.

A fourth float was first sent by Rosette Orange Caraïbe, which was successful upon arrival at Robert Bay.

Tomorrow, stage 2 between Robert and Trinidad going to Caravelle.

See also  "Not going to do that": pessimism about the effectiveness of anti-Govt vaccines against Omigran