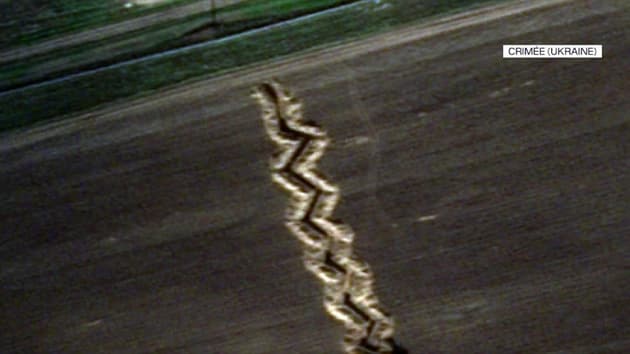 “This proves that the Russians are worried, there are trenches on the Mariupol side, and it is 150 kilometers from the front,” analyzes BFMTV defense consultant Michael Goya.

The new defense lines suggest Russian military leaders fear a continued Ukrainian counteroffensive in the Kherson region east of the Dnieper River and south of Zaporizhia.

The Departure from Kherson, if confirmed, causes a new severe setback for Moscow, which was already forced to abandon the Kharkiv region (northeast) in September. In particular, Vladimir Putin ordered the mobilization of some 300,000 reservists to consolidate Russian borders on September 21, saying he would annex four Ukrainian regions, including Kherson, by the end of September. The Russian president has warned that Russia will defend the area it now considers its territory “by all means”.

“While the offense may seem impenetrable, the Russian military expects the worst,” said Michael Goya, however, describing the Dnieper River as a “huge obstacle” for Ukrainian forces. “On the other hand, it’s possible that the Ukrainians will open fire on Crimea, and that will change the situation a bit.”