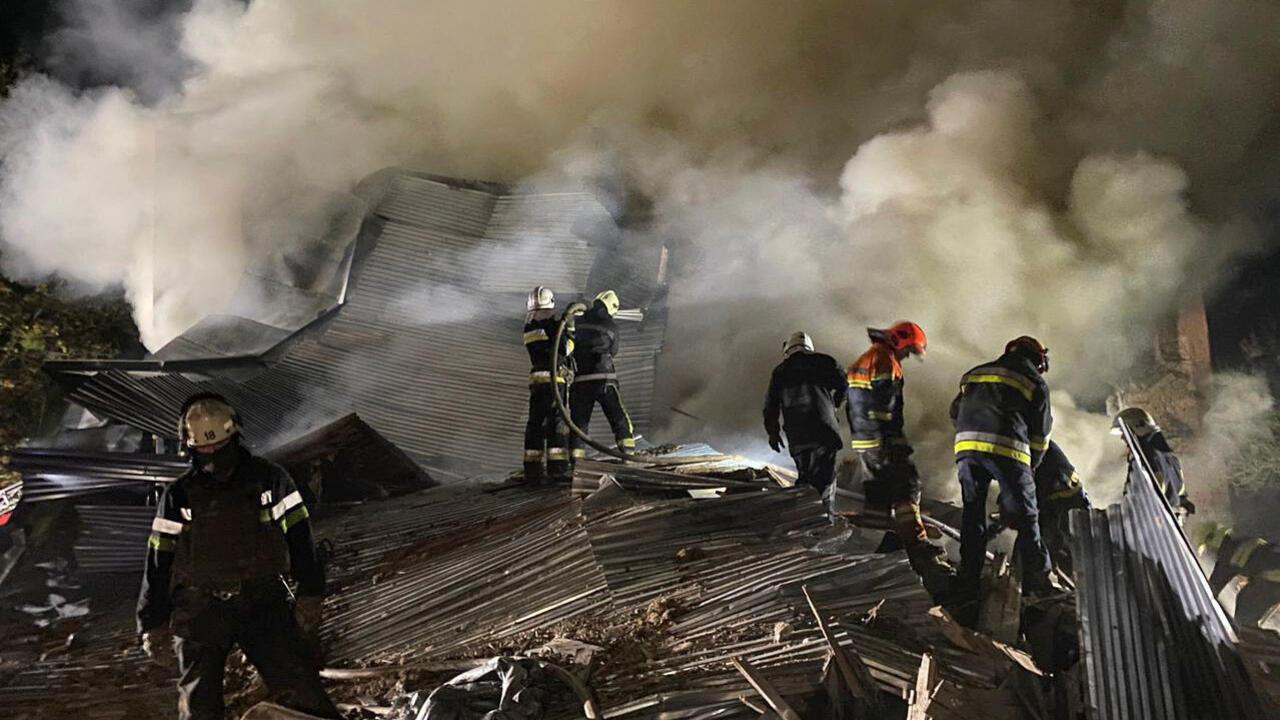 According to Ukrainians, Russian strikes intensified in northeastern Ukraine on Wednesday evening, especially in Kharkiv, where at least four people died and twenty were wounded, seven were injured in the evening. The strikes also targeted Belgorod and Krasnograd, close to the country’s second city. But to the south, Ukraine continues to counter-attack, making the Russians more difficult.

Ukrainians attacked a military base in Nova Khakovka near Kherson: infrastructure was destroyed and 12 Russian soldiers were killed in the attack, the Ukrainian General Staff reports.

Still To the south, in the occupied zoneThe mayor of Melitopol reported hearing a large explosion near a Russian operations center in the center of the city.

The The southern part is under high tension And after the recent attacks Crimea, particularly affected airports. Moscow redeploys its forces, the Russian army shelters its planes and helicopters: according to the Ukrainian Defense Ministry, the aggressors push their planes towards the interior of the peninsula or into the territory of the Russian Federation.

The Kremlin has appointed a new commander in chief of the Black Sea Fleet, Vice Admiral Viktor Sokolov. The valuable Russian force suffered heavy setbacks from the start of the invasion, including Drowning of flag Moscow In April.

and before arrival By UN Secretary-General Antonio Guterres In Lviv today, military adviser Volodymyr Zelensky said the conflict, strategically, is at an impasse.

► read more: Donbass: These people who chose to go under the Russian flag