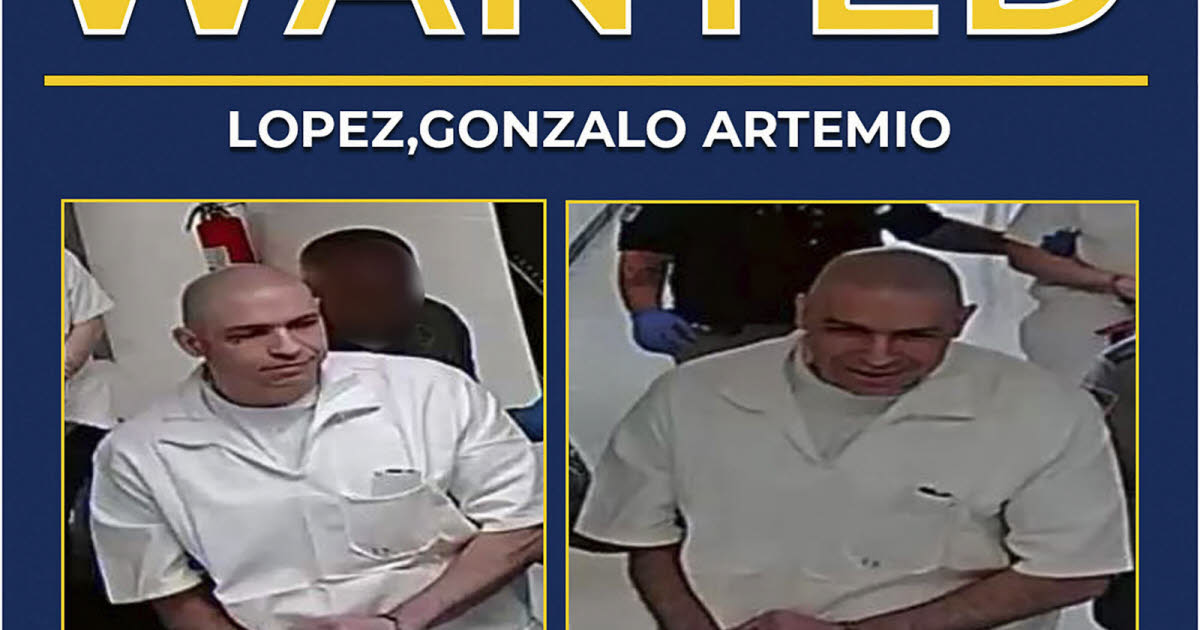 The fleeing killer, suspected of killing a family of five – four teenagers and their grandfather – was shot dead by police in Texas on Thursday while on the run, ending a three-week manhunt after he made a spectacular escape.

Gonzalo Lopez, who was sentenced to life in prison for a barbaric murder in 2006 and abduction, escaped from prison on May 12.

The 46-year-old fugitive has not been found for three weeks and U.S. marshals who specialize in searching for survivors began to suspect, despite the scale of the largest manhunt in recent history from Texas. Lopez, who has a shaved head, square boxer’s face, plump becks, tattoos on both arms and wide back, was known to have links to the Mexican Mafia and its gangs operating in prison.

The conditions under which he escapes illustrate his determination. That day, Gonzalo Lopez was to be transferred from his prison in Gatesville to another Texas prison in Huntsville for medical advice. A journey of about 260 km in a prison bus well guarded by armed agents. The convicted felon was again a prisoner under special supervision, so he deserved special treatment: in the vehicle, if the other 15 inmates were transferred, he was placed in a metal cage, his legs and arms bound with chains.

He cut the metal partition of his cage

Authorities did not explain how he got on board, hiding a home-made knife. On the other hand, they said that Gonzalo Lopez had to cut the metal section of his cage and go to the driver’s cabin and stop the bus. At that moment, outside the vehicle, a fight broke out between the prisoner and the driver: Lopez stabbed the officer in the arm and chest. Another armed officer, stopped at the back of the bus, tries to neutralize the prisoner. But the offender leaves the two guards and climbs back into the driver’s car, able to pick up the wheel. They opened fire, puncturing the rear tire of the vehicle. In fact, about a kilometer away, Gonzalo Lopez was the victim of an exit from the road. He leaves the bus and the prisoners in it and goes into the woods.

From the beginning, the hunter mobilized impressive resources and all available police forces with the support of dogs and helicopters. It took place in a hilly area between the plains, forests and rivers between Houston and Dallas. In scenes worthy of a Western, dozens of armed officers, cowboy hats were screwed into their skulls and rugged over rough terrain on horseback. But the days went by without fruit. The reward for any information that may help capture Gonzalo Lopez is up to $ 50,000.

The fugitive was surprisingly found to be at the top of the list of Most Wanted People in Texas, and the state’s incarceration is higher than all other democracies on the planet.

Finally, after three weeks of ineffectiveness, a man contacted police on Thursday, worried that his relatives would not answer his phone calls. In a second home in the area searched from the beginning, police found five bodies. According to local newspapers, this is a family from the Houston area: three brothers and their cousins, aged 11 to 18, and their common grandfather. Noting the absence of a family car, investigators warned.

It was at the wheel of this car that Gonzalo Lopez saw his driving end: the vehicle was spotted in Jordan, south of San Antonio, then chased and finally stopped by a Harrow parked on the road. Lopez, carrying an assault rifle and pistol, opened fire on officers but did not attack them. They responded and he was killed on the spot.

This is “the result of an experiment,” said Jason Clark, head of the prison administration in the southern United States.