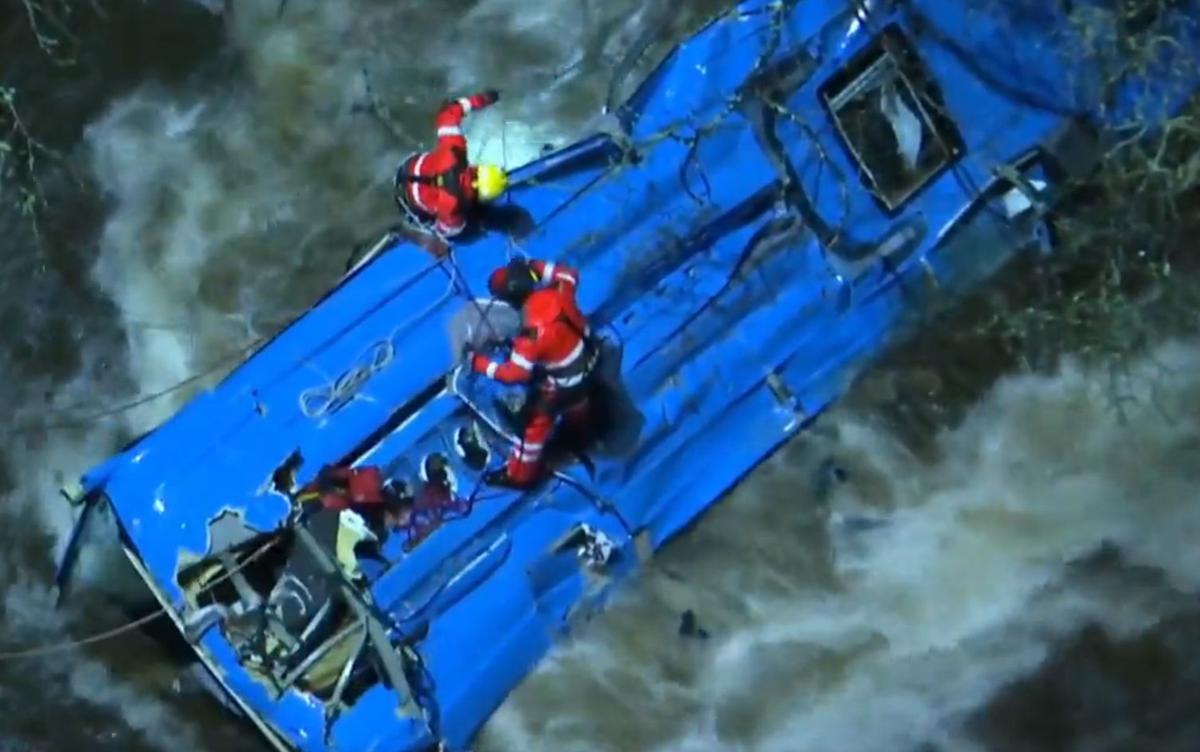 I want this form field to get focus() onLoad

There were a total of eight to nine people in the bus connecting Lugo to Vigo. Among them, two were rescued alive and hospitalized: the driver of the vehicle, a sixty-year-old man, and a passenger.

At least five passengers died, according to emergency services. The first two were discovered overnight, from Saturday to Sunday, hours after the accident. The other three were near the wreckage of the coach on Sunday morning, a Civil Guard spokesman said.

According to officials, one to two people are still missing. The Civil Guard said that “the number is not yet accurate” as the driver has “doubts” about the number of people on the bus at the time of the accident.

According to local authorities, the five dead are a young Peruvian woman living in Galicia, where she worked in the service of an elderly man, and four Spaniards living in the region.

One of the two new victims was a woman. The lifeless body of the other was found but was not recovered in this condition.

A spokesman for Pontevedra’s Civil Guard explains that the accident took place in a place with a “very large drop” and therefore difficult to access. Emergency services posted an impressive aerial photo on social media of the bus plunging into the turbulent current.

I want this form field to get focus() onLoad

A motorist first raised the alarm when he noticed the crumbling guardrail on the bridge where the accident occurred. Emergency services were then called from the bus, which helped locate the wreckage.

Rescue operations were complicated by heavy rain overnight, which suddenly raised the level of the Leres River where the bus fell, but by the relief of the area. A spokesman for the Civil Guard assured that there is a “very significant drop” in the line “thirty meters” under the bridge. In a press release, emergency services spoke of a “75 meter” fall.

These conditions forced rescue teams to suspend the search for several hours into the night. The latter finally resumed at dawn with significant resources including mountain rescue units, caves and a helicopter.