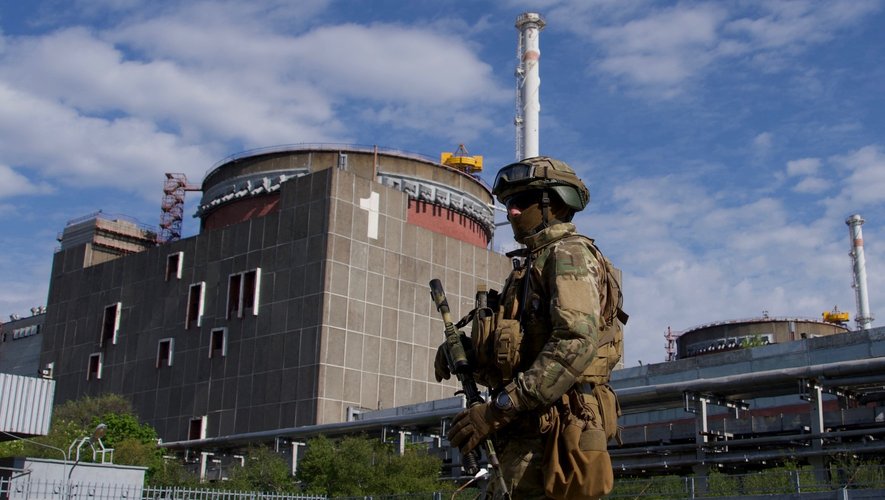 essential
This is the expected report issued by the International Atomic Energy Agency (IAEA) on Tuesday. Experts who visited the bay of the Ukrainian nuclear power plant in Zaporizhia say the situation there is “unacceptable”.

The International Atomic Energy Agency (IAEA) called for a “safe zone” to prevent a nuclear accident at the Russian-occupied Ukrainian nuclear power plant Zaporizhia in a statement released on Tuesday. “The current situation is unacceptable,” the UN body writes in the 52-page text.

“It is urgent to take interim measures,” he argues, “immediately establishing a nuclear safety and security zone.” The IAEA insists that blasting at the site and the surrounding area must stop immediately to avoid further damage to the installations, “and is ready to start consultations.”

The agency notes the “extremely stressful conditions” in which Ukrainian personnel work under the control of Russian troops. For weeks, there has been chaos surrounding the Zaporizhia power plant, Europe’s largest, which has been hit by multiple strikes that Kiev and Moscow have blamed on each other.

After several negotiations, an IAEA delegation was able to visit the site last Thursday. Two inspectors should be permanently on site. “I hope it will be objective,” Ukrainian President Volodymyr Zelensky said before the report was released. He criticized the IAEA last week for glossing over the question of the “militarization” of the site.

See also  Things to remember from Sunday, May 22nd