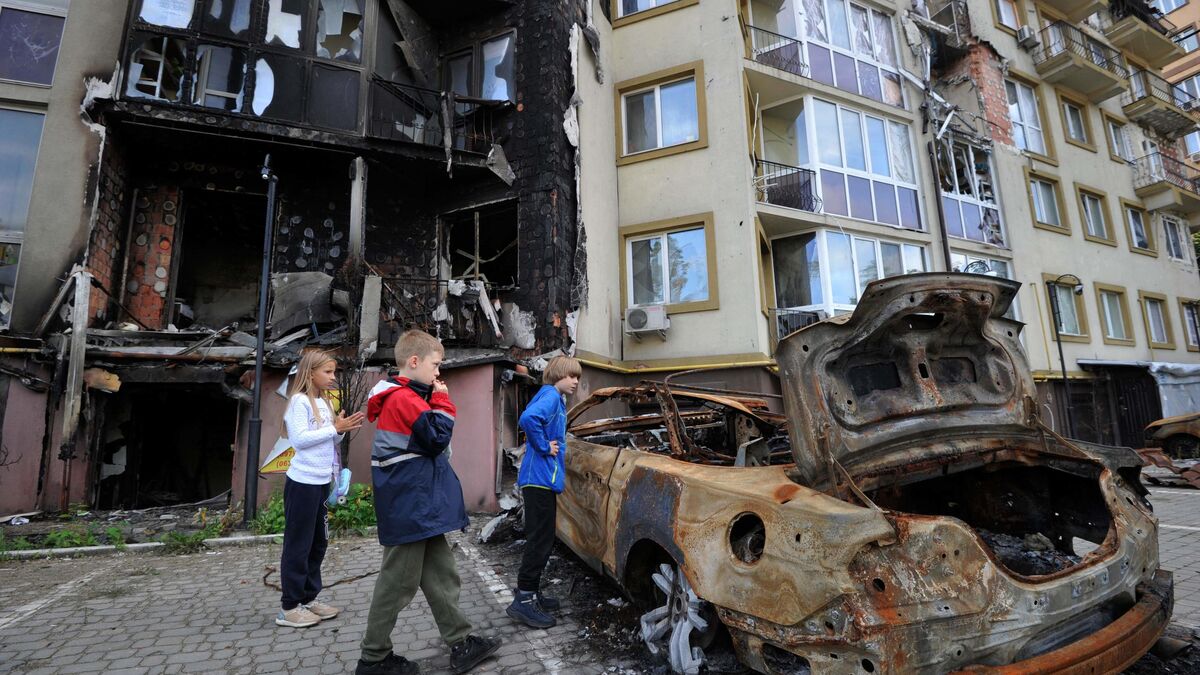 The UN is calling on the European Union to avoid a return to fossil fuels in the face of an energy crisis created by Russia’s invasion of Ukraine, preferring to “retreat” against climate interests.

As a result of the war in Ukraine, food sovereignty and the explosion in the price of animal feed and energy will be at the center of the 36th edition of the Rennes Livestock Fair (Space) from September 13 to 15. On Wednesday, discussions will be held to support growers to become self-sufficient in protein or pasture, while a conference will focus on “food self-sufficiency” in the context of the war in Ukraine.

In Russia, “intimidation, restrictions and economic sanctions against people expressing their opposition to the war in Ukraine undermine the exercise of fundamental freedoms guaranteed by the constitution, in particular the rights to freedom of assembly, expression and association”, the acting senior official said. Commissioner Nada Al Nasheeb during her opening address at the 51st session of the Human Rights Council.

In a segment shared on social networks, Russian TV analysts change their tone and admit that Putin’s army is facing difficulties on the ground.

More than 20 Ukrainian cities were liberated in 24 hours, the military said

Kyiv’s counteroffensive continues in the south and east of the country. Along the entire front line, the army said in its morning statement that “Ukrainian forces succeeded in repelling the enemy from more than 20 locations” in 24 hours.

Air Moldova, the main Moldovan airline, has abandoned the resumption of its commercial flights to Moscow as announced last week. “The Civil Aviation Authority of the Republic of Moldova has issued an operational order (…) which prohibits national companies from operating flights in the airspace of Russia,” he pointed out in a statement.

Westerners, who have been drawing on their arsenals for six months to drive out Russian forces in Ukraine, are now mobilizing their defense industries to replenish their weapons stockpiles and continue to support Kiev. US Secretary of Defense Lloyd Austin has announced that a special meeting of arms directors of Ukraine’s Defense Liaison Group, which includes nearly 50 countries, will be held soon. Later the date was fixed on 28th September.

Intellectuals are hailing “a truly historic moment” after Kiev’s counteroffensive in eastern and southern Ukraine.

The event, though symbolic, reflects the effect of sanctions against Moscow after six months of war: The Council of Creditors will hold an auction on Russia’s debt on Monday, which will ensure a default on Russian foreign debt dating back to 1917. After the 1917 revolution, Moscow defaulted on its foreign debt after an episode of Russian loans initiated by Tsarist Russia in Western markets, particularly France, which Bolshevik leader Lenin refused to recognize.

Has the Russian hierarchy lost credibility?

“The limited trust that troops have in senior Russian military leaders could further deteriorate,” the British Ministry of Defense said in a daily briefing posted on Twitter, after describing the Ukrainian army’s progress in the east and south. Country.

Zelensky Addresses Russians: “Without You”

“Russian withdrawal is a form of chess”

Le Parisien’s security adviser – France Today, Pierre Servent, points out that the withdrawal of Russian forces from some key cities testifies to the “dissolution” of Putin’s military. “Ukrainians moved into the market while on the Russian side, and we had the feeling of a stagnant tool that was not being developed again”, he analyzes. The full interview with Light is here.

Ukrainian President Volodymyr Zelenskyy said Sunday evening that his army had recaptured the strategic city of Issyam in eastern Ukraine from Russian forces.

Ukrainian local authorities announced Russian strikes on their electricity infrastructure on Sunday evening, but power was quickly restored to some of the affected areas. Ukrainian Foreign Ministry spokesman Oleg Nikolenko said the attacks were “an act of desperation after Russia’s heavy losses and retreat into eastern Ukraine”.

Hello and welcome to this live

This 201st day is devoted to the advancement of fighting Russian attack on UkraineAs well as the effects of war, both nationally and globally.